The Status of Women in the Hadith

There is only one area in which men and women are treated equally — both sexes will be judged on the basis of their lives on Judgment Day, but when a woman is judged, she will be judged on how well she obeyed her husband.

There is not very much material in the Trilogy about females. Only about 9% of the Koran and about 12% of the Sira refers to females. The overwhelming amount of the doctrine is about men. But there is more than enough in the Trilogy to govern the smallest detail in the life of a woman from birth to death. 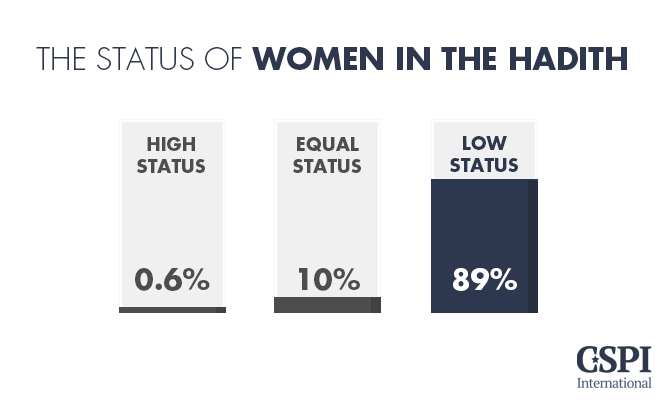