Politics affects our everyday lives, whether we are involved or not. Political decisions affect how much tax we pay, the rules we follow, and the lives we lead. It influences our dress, culture, and way of life. The very freedoms men and especially women enjoy in non-Islamic societies stem from non-Islamic political systems and thought.

However, Islam is a complete civilization, a religion, a culture, and a political system. Its political system has a special interest in you-irrespective of your interest in it. We call this system - Political Islam. This interest is so profound that 51% of Islamic doctrine is devoted to the Kafir (non-Muslim). This doctrine comes from the Koran, Hadith, and Sira, the trilogy of its sacred texts.

The politics of Islam prove problematic to Kafir women, as its doctrine violates our laws and systems, which are based on the principles of equality for all and freedom of speech and thought.

There are two sections of the Koran (Meccan and Medinan); this allows the doctrine to treat women in a dualistic way. There are verses that praise the mother above all men and say that women and men will be judged equally as to their actions on Judgment Day. At the same time, 71% of the Koran states that a woman has a lower status than a man. In the Hadith, 91% of the text states that a woman has lower status than a man. 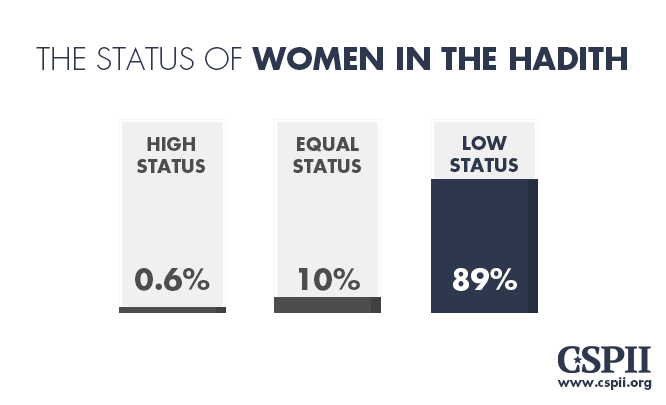 For more information, check out Bill Warner’s video about women in Islam:

It is extremely important that every Kafir has knowledge about this subject. Share this important information with your local government, friends and family.

We are happy to meet with you and provide further information regarding the topic of women or Islamic doctrine at your request. Our team of experts stands ready to serve you and non-Islamic civilization.